How Was The Priesthood Restored?

I think the Restoration board game could totally work with this week's lesson.  You could introduce the lesson with it and then tell the girls that the priesthood events are the ones they'll be focusing on that day.  I also decided to print out black and white copies of the game pieces for each of the girls so they can take them home and teach the FHE lesson to their families for their challenge of the week. 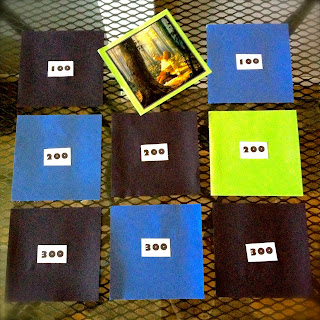 I asked myself, "What priesthood holders in the ward would the girls want to listen to the most?" and then it hit me.... DUH!  The MISSIONARIES!  I always had crushes on the missionaries when I was their age, and why not have them teach part of the lesson so the girls would actually pay attention and remain focused?  Right?!? 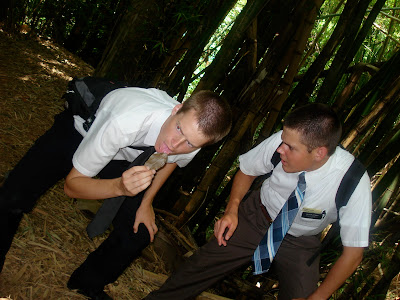 These aren't our ward missionaries.  This is a pic of my lil bro in Brazil right now ;)

Also, having the elders come in can help the girls relate to their peers as priesthood holders instead of only thinking of the older men and father figures.  I know it's kind of straying from the Restoration topic, but I remember this story from the old YW manuals that I think is great to share to help the girls think about the support they can show to the YM their age who hold the priesthood.

STORY
A young elder who had been called to serve a foreign mission spoke in his ward sacrament meeting. Many young people were in attendance, including a large number of young women.
“In his closing remarks I began to sense the powerful influence friends had had on this young man who was spiritually mature beyond his years. After expressing gratitude for family and loved ones, and before his final testimony, he grasped the pulpit on either side and leaned forward. He dropped his head just a moment. Then, looking up, he quietly said, ‘And I give thanks to all my friends, especially you girls in the audience who have kept the standards and encouraged me to do the same.’ His voice deepened as he continued, ‘Thank you for your influence that has helped me prepare for a mission’”

Quote: sister ardeth kapp
“Young women of The Church of Jesus Christ of Latter-day Saints, [1] do the young men you associate with know that you have a standard of excellence from which you will not depart? [2] Do they know by what you say and do that you honor and respect your parents and that [3] you follow the counsel of the leaders of the Church? [4] Do they know you will delay dating until after you are 16 because a prophet of the Lord has given that direction? [5] By your actions do they know that you have made up your mind to be good and that you will not weaken? [6] Can they look to your friendship to gain confidence and respect for themselves? [7] Will your language, your dress, your choice of entertainment, music, books, and movies help the young men who associate with you develop admiration and respect for womanhood? As young men are exposed to the world’s distorted role of womanhood, [8] can they see in you the refinement and sweetness that encourage an attitude of reverence, respect, and honor for that sacred calling?
“Strange that I had not realized before, but it is not as a young woman encourages a young man to go on a mission that her greatest influence is felt. Rather it is through her actions as she reveals her commitment and testimony to the gospel of Jesus Christ and gives evidence through her power and influence in the advancement of good”

Found these perfect handouts from All Things Bright And Beautiful that I'll print out super small so they can fit in their lesson notebooks. 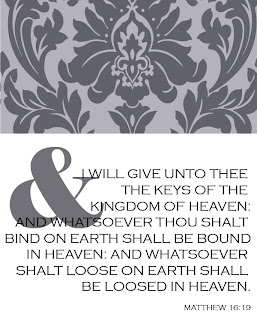 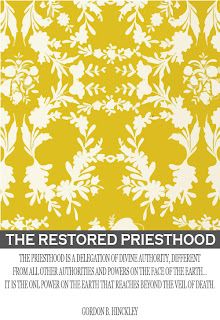 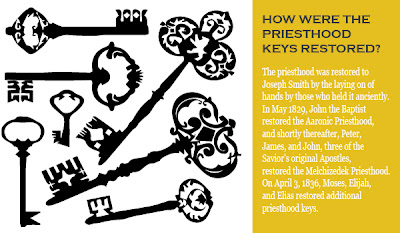 My testimony of the priesthood is unshakable.  I am so grateful for my husband who holds the priesthood in our home, for the blessings I have received because of it, and the spirit I can feel when it is surrounding me.  I know when I receive a priesthood blessing the words are coming directly from my Heavenly Father.  I am grateful for the restoration and the keys that have been restored to this earth so ordinances can be performed, I can be baptized, sealed to my family, and go to the temple.